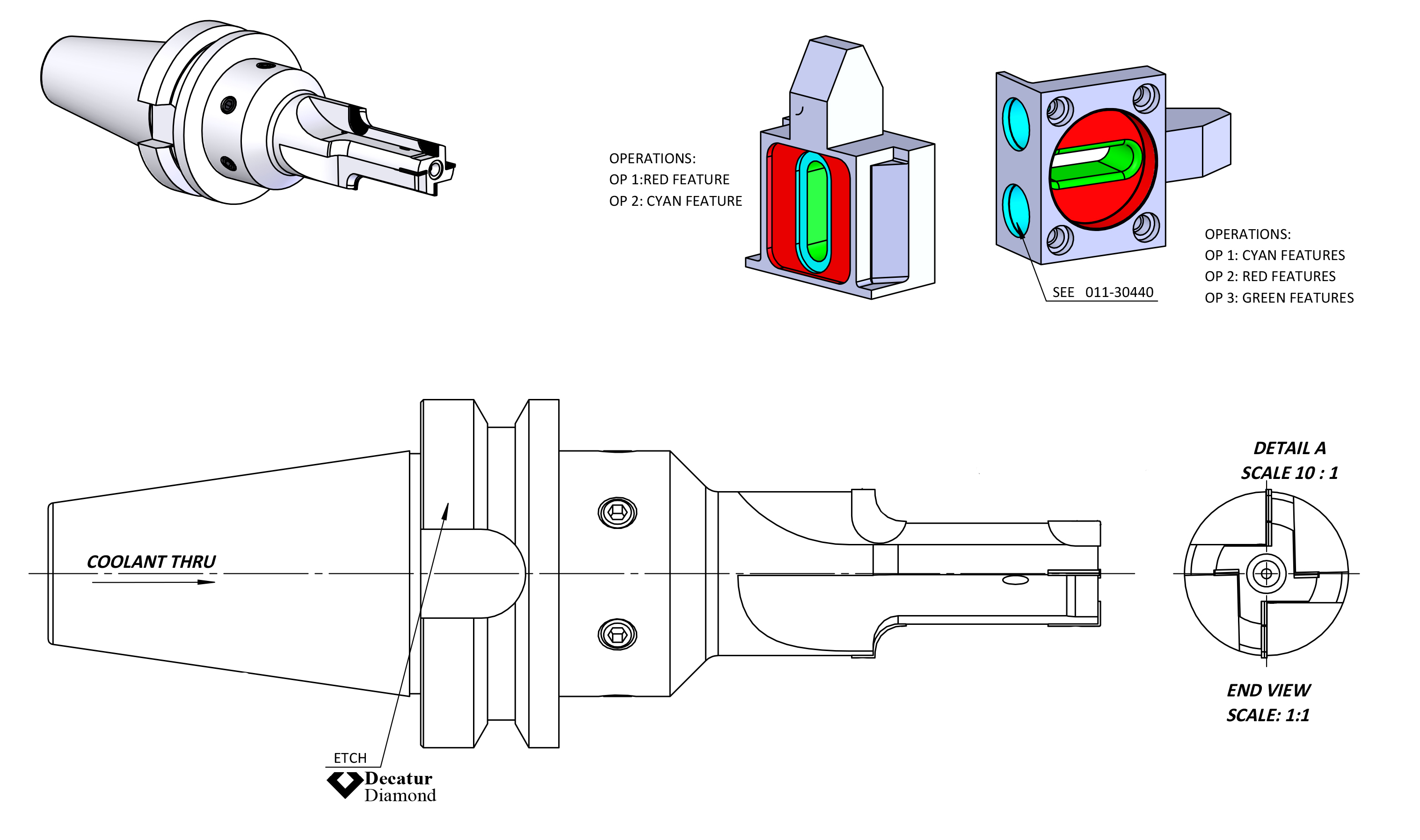 The estimated cycle time for processing the part was 27 minutes and would have required the manufacturer to purchase 3 additional machining centers at a cost of nearly $750,000. Additionally, the three added machines would have required 3 more sets of perishable tooling in addition to that for the existing machines.

We were asked to review the processes to see if we could create dedicated tooling to both reduce the cycle time (primarily machining center purchase cost avoidance) and overall tool cost/unit produced.

We managed to reduce the cycle time to under 6 minutes and the tooling cost/unit by 40% despite the initial purchase cost of the dedicated tooling being approximately 40% higher than the first kit of catalog tooling would have cost. We also reduced the number of individual tools employed to 10 from 28.

A supplier of machined die castings for the automotive and transportation industries was experiencing tool life issues in milling on a rotary transfer machine. Because of the style of machine, it was both difficult and impractical to change feeds and speeds to the optimum for tool life because it would unbalance the line.

We studied the feed and speed figures and designed a special milling cutter that had double the number of cutting edges which optimized the chip load. We also used a different grade of diamond material and used a completely different geometry than that which was used originally.

An automobile manufacturer changed material on a critical engine component that required very tight tolerances on the ID of the part. Runout on the tool was critical (< 3 microns). We developed a reamer with integral, precision guide pads that achieved performance dimensionally and which ran twice as long as our competitors’ tools. These tools are being used at 4 of the automobile company’s engine plants

While the reamers are slightly more expensive than conventional tools, the difference in tool life is enough to reduce CPU (cost per unit) by 8%.

A manufacturer of transmission components was unhappy with tool life and CPU on one of their critical reaming operations. The original tool was built by a well-known competitor. We were asked to see what we could do to improve life and CPU.

We suggested sending us the competitor’s tool for review. We retipped the tool with new diamond, increased the relief and back taper and improved tool life by 34% without increasing the cost of the tool.